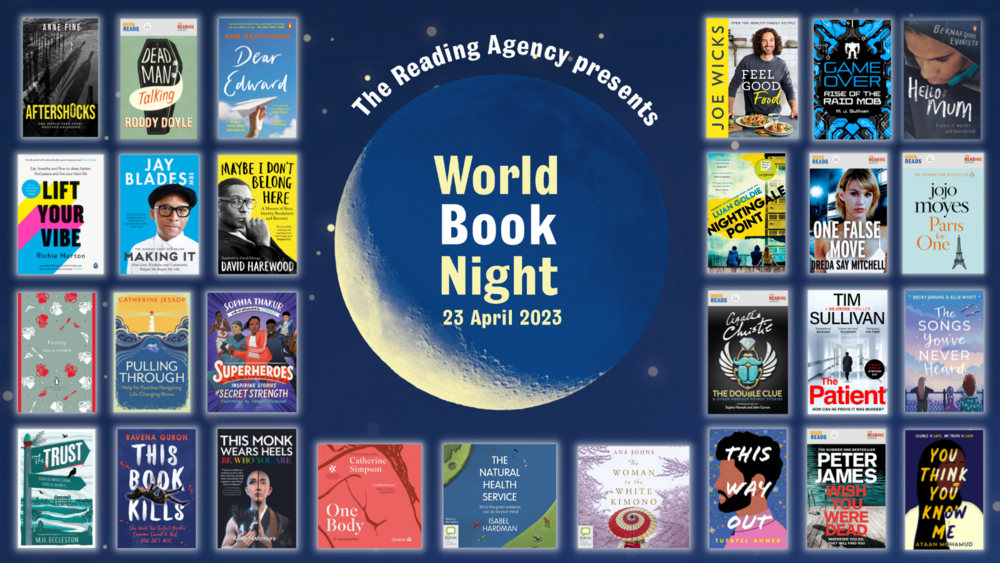 We’re thrilled to announce the list of 27 titles that will feature as part of World Book Night 2023, the annual celebration which brings people from all over the country together to read more.

World Book Night takes place on 23 April. In 2023, The Reading Agency will be gifting over 68,000 books to organisations across the country to give to people who don’t regularly read for pleasure or with limited access to books. The closing date for applications is 27 January and last year’s 428 recipients included 102 arts organisations and charities, 54 hospitals or health organisations and 40 prisons and young offender institutions across the UK.

Next year’s booklist includes fiction and non-fiction titles which appeal to adults and young people of all reading abilities. Titles include: critically acclaimed actor David Harewood’s memoir Maybe I Don’t Belong Here; Isabel Hardman’s exploration of nature, exercise and mental health, The Natural Health Service and Ravena Guron’s upcoming murder mystery for young adults, This Book Kills. There is also a selection of audiobooks available for the public to download for free from March 2023, including The Woman in the White Kimono by Ana Johns and One Body: A Retrospective by Catherine Simpson.

This year’s titles have been contributed from publishers including HarperCollins, Pan Macmillan, Penguin Random House and Sweet Cherry Publishing.

This year, The Reading Agency’s 2023 Quick Reads titles will be part of the World Book Night celebrations and giveaway. These specially reprinted, most popular titles of the Quick Reads series will help to tackle the UK’s adult literacy crisis by encouraging less confident readers get reading great stories by celebrated authors. Alongside the World Book Night gifting, these titles will also be available to purchase through major retailers for £1 each.

Selected by a panel including librarians and booksellers, the diverse list of authors and titles for this year’s World Book Night has something for avid readers and those new to reading for pleasure alike.

Karen Napier, CEO, The Reading Agency said:
bq. “We’re delighted to be sharing our booklist for World Book Night 2023 booklist. We are hugely grateful to all the wonderful publishers who put their titles forward this year and to the authors who are participating this year. With some of our most-loved Quick Reads being reprinted especially, this year, we think there is something for everyone on the list – whether they’re seasoned readers or new to picking up a book.”

David Harewood said:
bq. “I’m so astonishingly proud of being selected for this very special event and even more delighted that more people will have the opportunity to read about a subject too long kept in the dark. I hope this book continues to inspire all those who have experienced psychosis or mental health issues over the years and gives hope that recovery is possible.”

M.H. Eccleston said:
bq. “In an age when we’re swamped by social media, reading books had never been more important. Books can change lives, set people on better paths or just entertain. All human wisdom and wit can be found between the pages of a book. That’s why I’m humbled that The Trust has made it onto the booklist for this year’s World Book Night. The Reading Agency continues to spread the word. Thanks to them, tens of thousands of readers will discover new books they might not have picked themselves. Reading is for everyone – and that’s worth celebrating all year round.”

Our booklist is full of exciting, moving and thought-provoking books for adults and young people. We believe there’s ... read more » 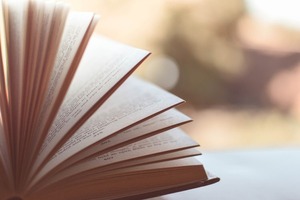