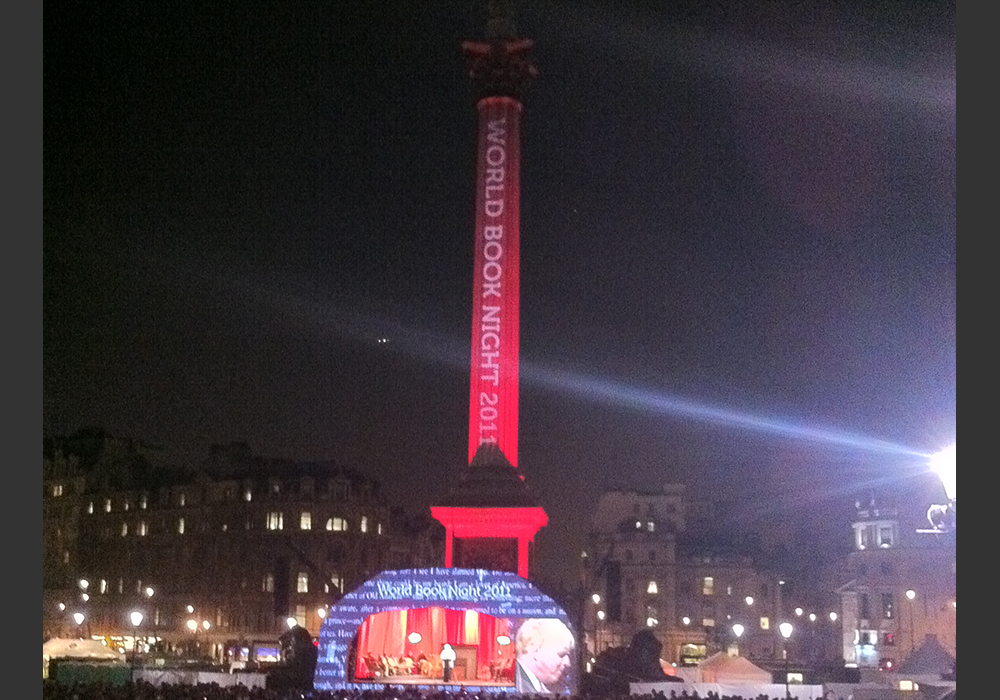 In 2021, we’re celebrating ten years of World Book Night. Since 2011, it has become a key moment in the calendar, bringing people across the UK and Ireland together to celebrate the proven power of reading. We caught up with Jamie Byng, World Book Night founder and CEO of Canongate, to share how and why World Book Night began.

This blog was written by Jamie Byng.

I blame Margaret Atwood. Because it is she who first told me about Lewis Hyde’s The Gift, urged me to read it and made me promise her that IF I liked it as much as she thought I would, then I would publish the book in the UK. That subsequent publication, in 2006, was the initial seed from which World Book Night grew.

For at the heart of Hyde’s inspirational book lies the idea that when a commodity is given as opposed to bought, something happens to the commodity itself – it is positively altered by the act of giving. So when we were publishing our paperback edition of The Gift, I and my colleagues at Canongate randomly gave away 1000 copies of the book on the South Bank in London and Lothian Road in Edinburgh. It felt like the right thing to do for several reasons (it was also a very enjoyable and fascinating experience) but it also got me thinking hard about how many barriers there are to a book being read and enjoyed. And how almost all of these barriers can be hurdled by this simple, generous act of giving.

Like almost every ambitious project, the launch of World Book Night in March 2011 involved thousands of people and it could not have happened without the hard work, generosity and enthusiasm of all these people. I blame another brilliant woman for being the primary catalyst for this stage of World Book Night’s growth. For Julia Kingsford was chairing a round table discussion at the Book Industry Conference and by my good fortune, I happened to be on Julia’s table. Our table was tasked with thinking about ways in which World Book Day could be made more relevant for adult readers and it was during this animated conversation that a light bulb went off in my head and those three words, World Book Night, were first said. We all knew we were onto something but it was Julia and I, encouraged by Ursula Mckenzie, the then MD of Little Brown, who ran with this idea.

Giving 1,000 copies of a single book is one thing. Giving 1,000,000 books away (40,000 copies of 25 different titles) on one night and recruiting 20,000 people to be part of this seemingly harebrained initiative, involves logistics on another scale entirely. Thankfully we were blessed by generous offers of support from so many different quarters (authors, booksellers, librarians, publishers, printers, David Gilmour, Fiona McMorrough, Martin Neild, Janet Lee, Alan Yentob and the BBC) and this enabled us to launch this wildly ambitious project in less than a year. The experience of walking out onto a stage in Trafalgar Square on March 4th 2011, to introduce the event that would kickstart the million copy giveaway is one I will never forget. Amongst those who took to the stage that night and delighted an audience of over 7,000 were Margaret Atwood (of course), Nick Cave, Alan Bennet, Tracy Chevalier, Lemn Sissay, David Nicholls, Edna O’Brien, Graham Norton, Sarah Waters and John le Carre. It was the perfect way to launch World Book Night.

Ten years on, I am so delighted that World Book Night is still happening, and thanks in no small part to The Reading Agency who have been a crucial part of World Book Night from the outset. I believe more than ever that the act of reading is a vital and rewarding one and helping to get books into the hands of people who don’t necessarily read regularly for pleasure is so important. World Book Night has rightly focussed on getting books into hospitals and prisons, places where books are more needed than anywhere. If you are unable to move freely, a book is your imagination’s ticket to another world.

Covid-19 and the various lockdowns it has necessitated, have reminded people how valuable books can be in providing lifelines from one person to another, in creating human connections when those connections have been threatened in our regular day to day lives. So anything than can foster further connections, that can short-circuit the process by which a book is placed in the hands of a new reader, feels like something we should all be encouraging. As Antonio Porchia memorably wrote, “I know what I have given you but I do not know what you have received.” For the act of giving, like the act of writing, sets something in motion, the outcome of which can never be predicted.

A quarter of UK adults keep up their lockdown reading habits

The Reading Agency has found that a quarter (25.56%) of UK adults started reading more during lockdowns and have cont... read more »

Why is reading for pleasure important?

At The Reading Agency, we want to create a world where everyone is reading their way to a better life. Research shows... read more »