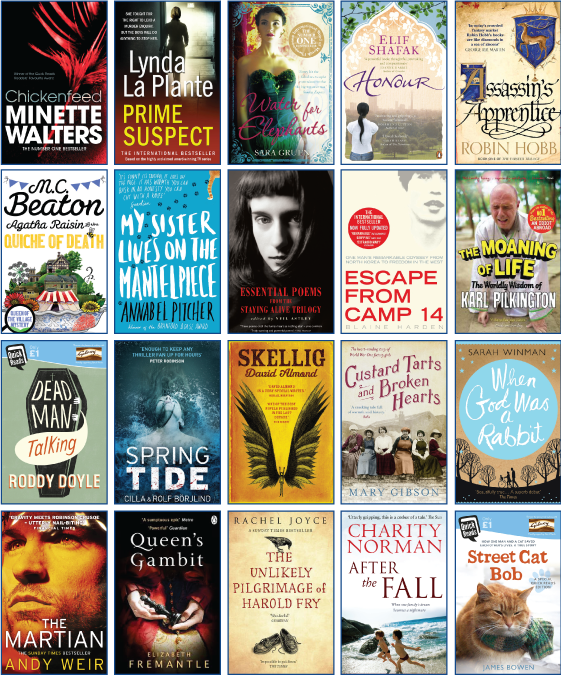 We’re delighted to announce our 20 titles for World Book Night 2015 and open volunteer applications for this annual celebration of reading and books on 23 April!

This year we have a diverse line up designed to bring reading and books into people’s lives, especially the 35% of the population who do not read for pleasure. Our list covers a range of brilliant and very readable genres including crime, poetry, non-fiction, Quick Reads, fantasy and sci-fi, historical and contemporary fiction, and fiction in translation.

The 20 titles for 2015 offer a wealth of choice for volunteers and recipients. They are:

We’re delighted to include Rachel Joyce’s The Unlikely Pilgrimage of Harold Fry, whose novel was suggested by our 2014 volunteers as one of the top 20 titles they would recommend to get people to love reading.

The list also brings Booker Prize-winner Roddy Doyle to a new audience with his first Quick Read title, the spooky comedy Dead Man Talking, thanks to the generosity of the Booker Prize Foundation. Thanks to Bloodaxe, Jerwood Foundation and Forward Arts, we are able to include a brilliant poetry anthology on the list for the first time, Essential Poems from the Staying Alive Trilogy edited by Neil Astley.

Apply to be a volunteer. We want individuals, institutions and organisations to share their love of reading, to inspire others to read and to create a mass participatory celebration of reading on 23 April. Applications close on 30 January 2015.

Volunteer to give away your own books. This year we’re hoping that thousands of you will register to do so and extend the reach of World Book Night. 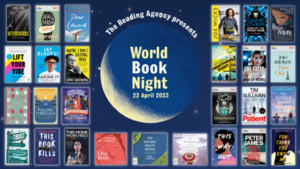